Bringing the magic back to the industry we all love: Announcing $ 16 Million Series A led by Sapphire Sport 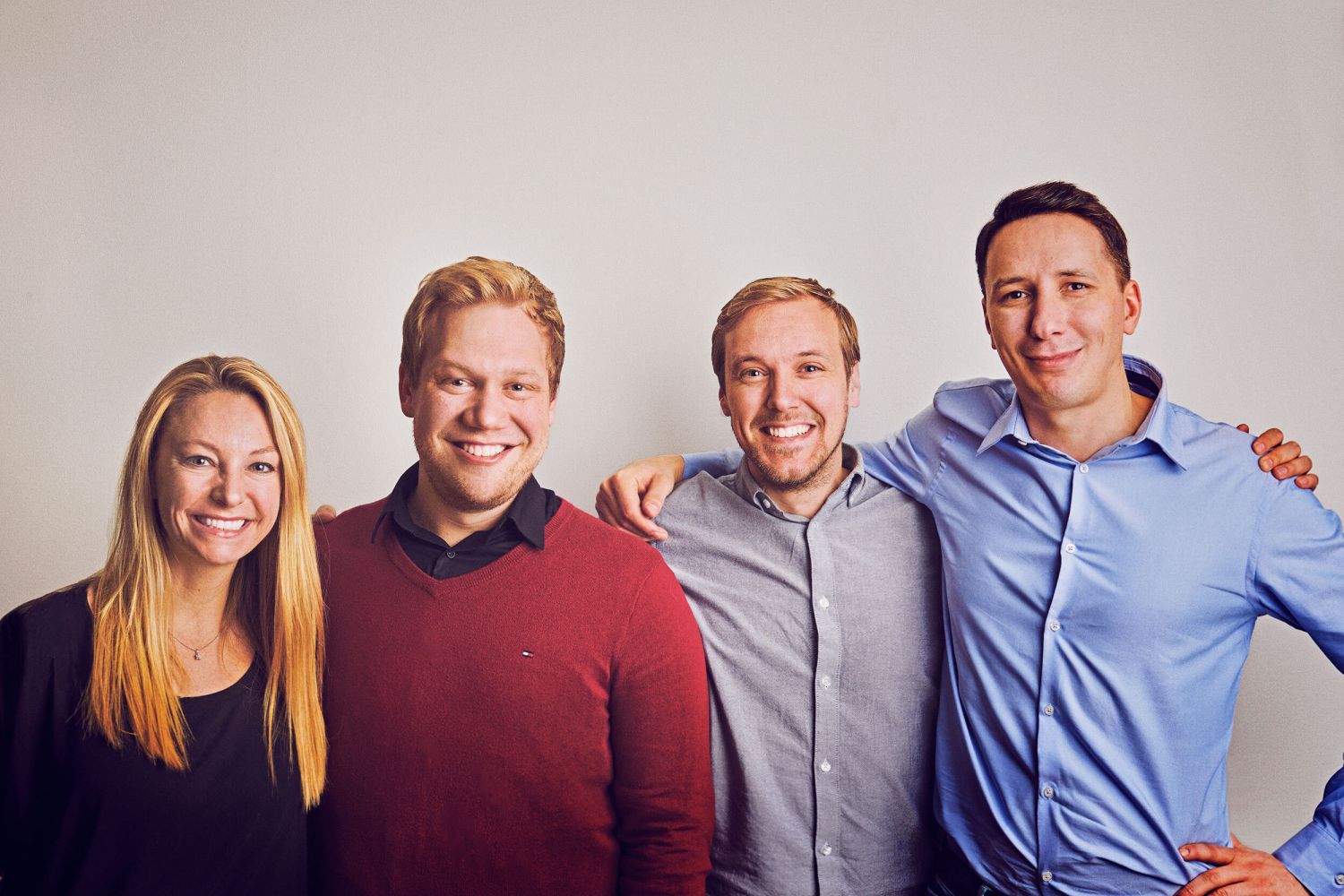 Today, we are excited to announce that our growth continues! We have closed a 16 million dollar Series A financing round bringing our company’s total amount raised to 21.5 million USD. Sapphire Sport led the round with participation from our existing investors Global Founders Capital and Icebreaker.vc. With these incredible partners, we have our sights set on exponential growth in 2021 and beyond.

While we continue to forward, we would like to take a moment to reflect and share where our story started… but also remember to check out our open positions, here!

From couch surfing to co-founding

This is a true story of how Flowhaven came to be.

Many moons ago there was a very young and innocent movie enthusiast aspiring to be a digital artist. In high school, he created his masterpiece “artwork” - a work so grand that it strongly “inspired” (or rather, to his surprise, appeared as) the ending scene of one of the world’s biggest digital games  - this being Kalle’s first lesson to intellectual property, copyrights and brand licensing. 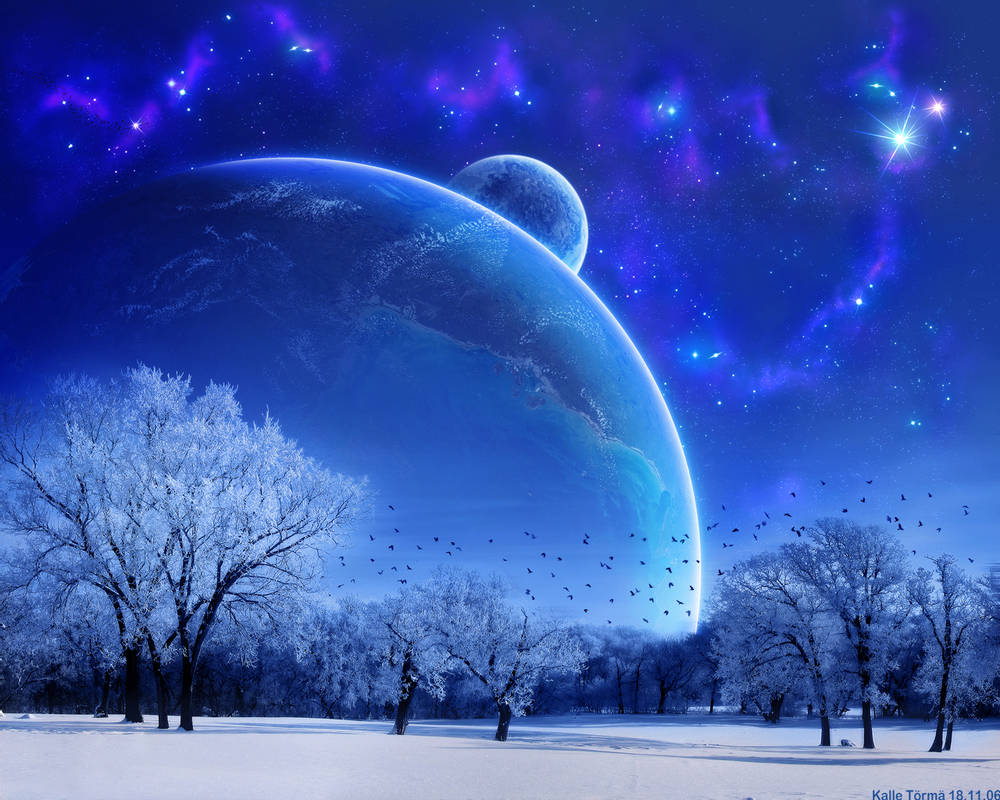 As many moons passed, this still young and innovative (future) licensing expert began managing Angry Birds licensing department, without really knowing what he was doing (in the beginning - at the end of that journey, he wrote his (still the best we know) thesis about licensing management that included the world's first full end-to-end workflow mapping of licensing. So we could say he learned a thing or two). In his work with Angry Birds, Kalle learned quickly that managing a licensing business with the tools that were available in the market, it was nearly impossible to have well-formed visibility of what was going on across your entire business. So he had an idea that it could be done better. 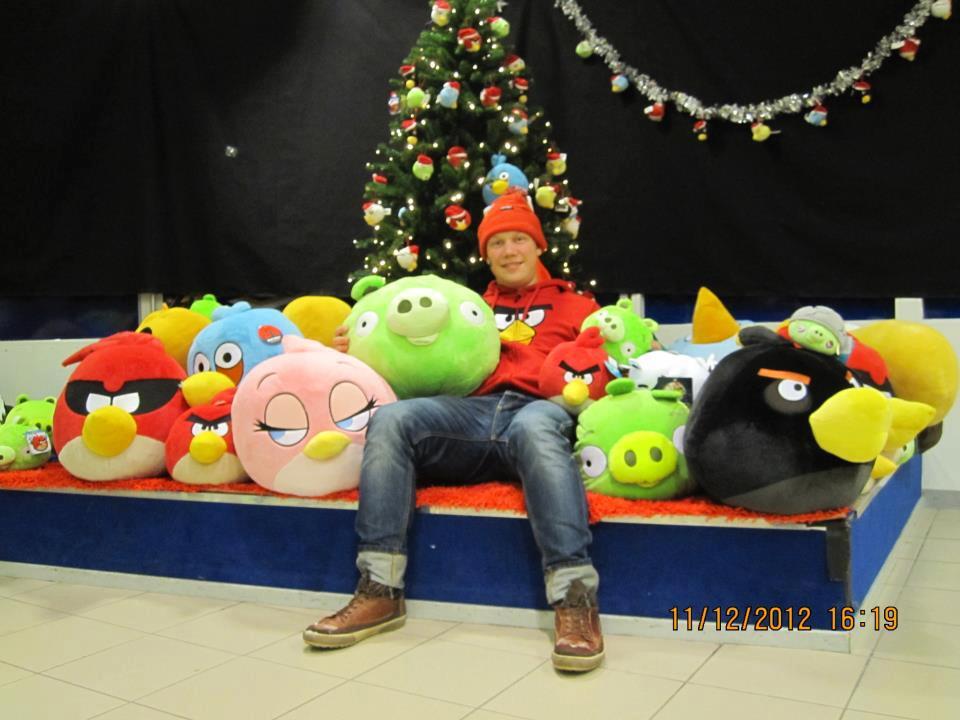 At the same time, there was a pop culture enthusiastic growing up, aspiring to be a rock star or a priest. (Yes, that surprised all of us.) As all childhood dreams, also these dreams faded away (although you should see Timo in karaoke) and Timo fell in love in business and especially sales. Kalle and Timo met at the University and had a brief discussion over beers that “one day we should create a company!”. So years later Kalle called Timo, they got together, decided that the idea was awesome, had drinks, and Flowhaven was born. Voilá! (The order of things is still a mystery.) 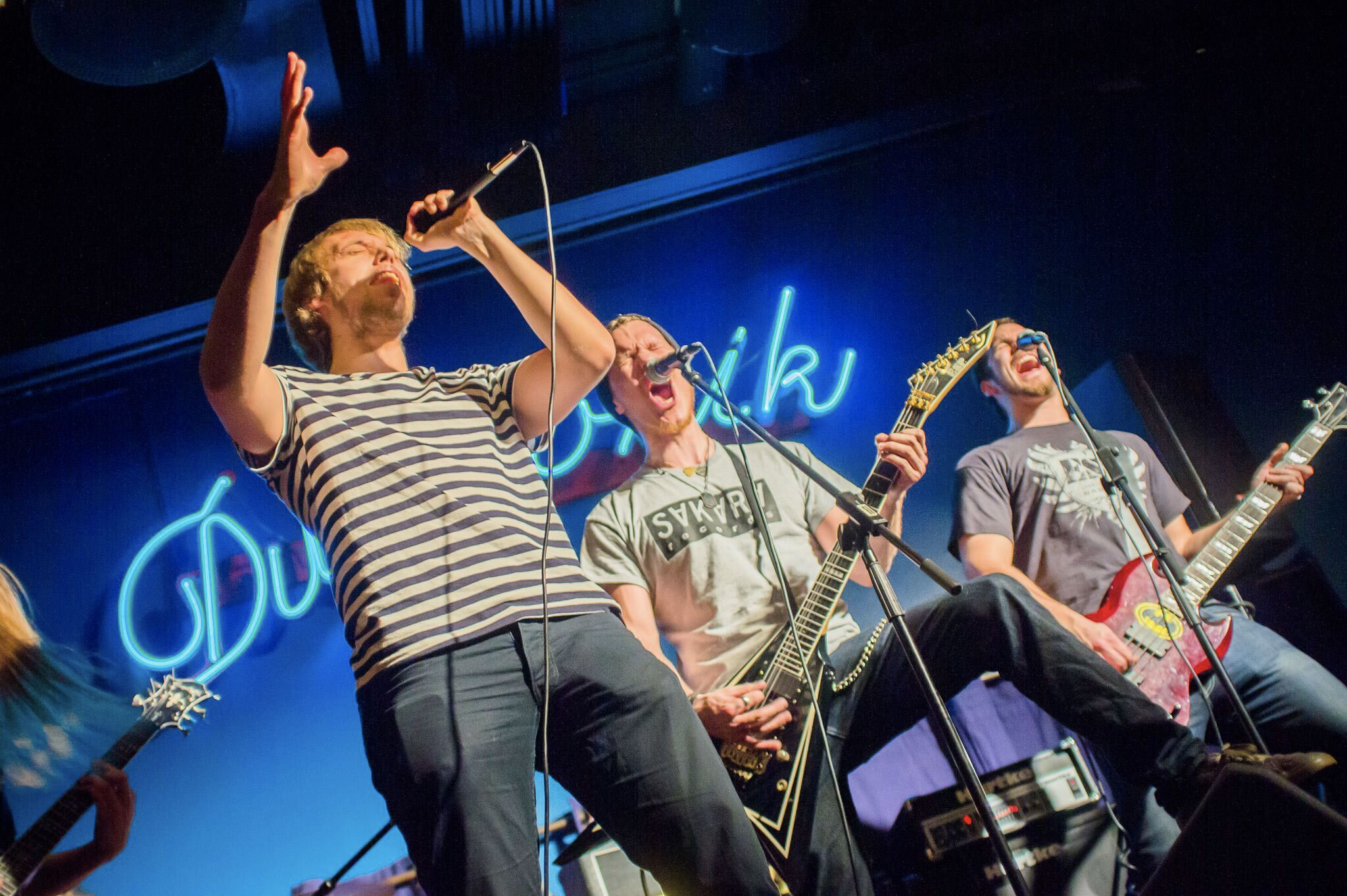 To build a software you still need something else - someone to code that idea to an actual software! So four months after the company was up, a job ad was created: “Looking for a great developer with low-to-none expectations for salary” (it might be that the wording was slightly different but that was the truth behind it). And in came Leonid! He was an ex-real estate agent / handyman from Siberia (yes, the place we all know just about being cold as..) who had decided to move to Finland and change his coding hobby into a profession. He was able to see past the initial title of “Web Developer Intern” and understand the opportunity in front of him. Not to mention the bond created with Kalle and Timo during after-hours of deep market research at the office (=playing video games). In less than three years this “Web Developer Intern” had become a vital part of the founding team and the Flowhaven's Director of Engineering. 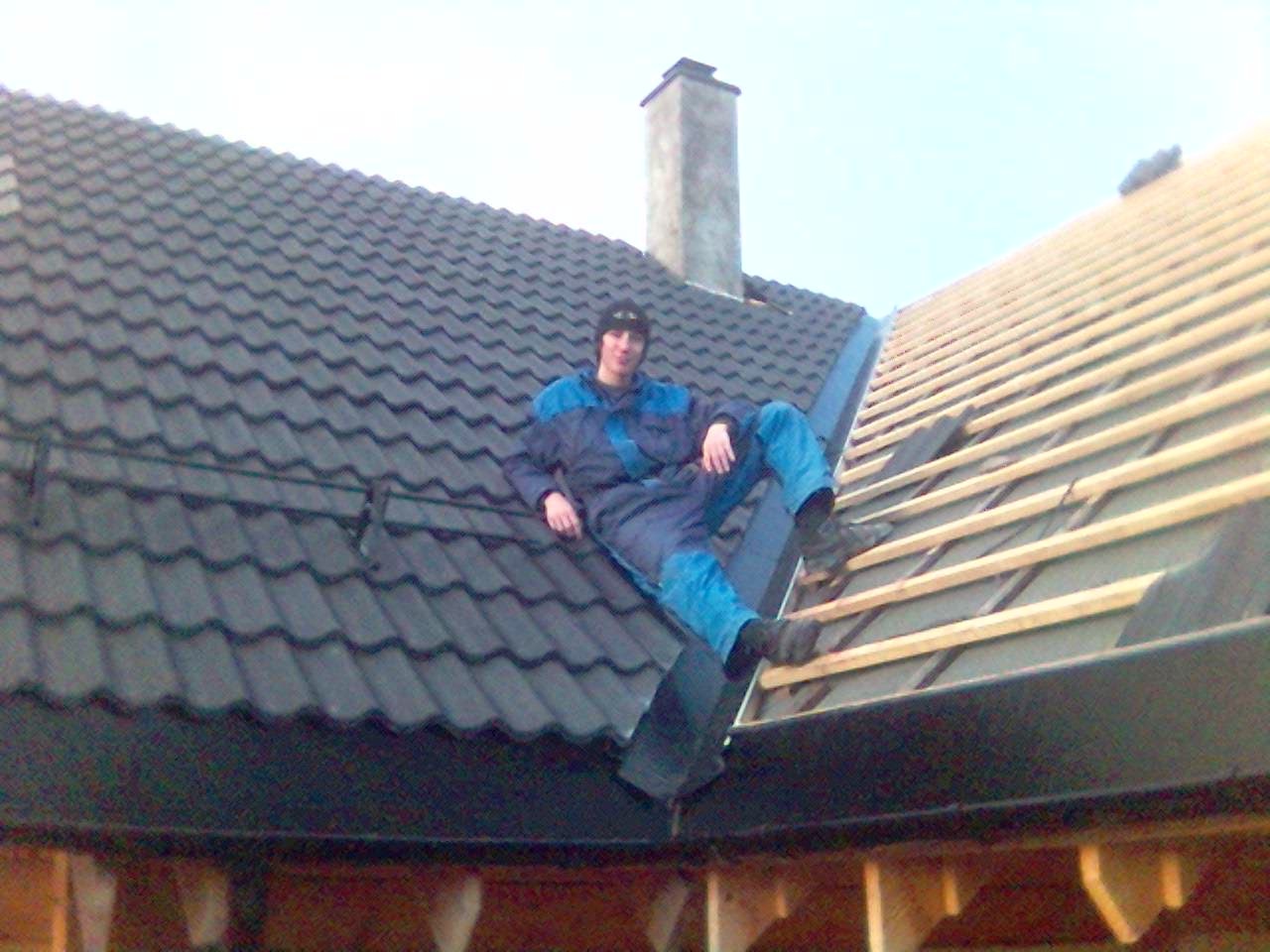 Ok, so now we have the idea, the software (or at least something that resembled the software we now have) and it was time to sell it. Kalle and Timo went out to do just that. They left for a 3-week tour in California to meet future customers and pitch as if their lives were depending on it. You can just imagine it - two young guys from Finland, walking away from the prospect booth in Las Vegas quietly humming to each other “Hooked on a feeling” song:

At this time it’s good to remind you that this is a true story - that actually did happen.

In their last week in the US, when they were in Los Angeles, they learned an important lesson about budgeting and bootstrapping a startup when accommodations were in question. And in came Jessica - or more specifically her apartment and her cat Lucca. 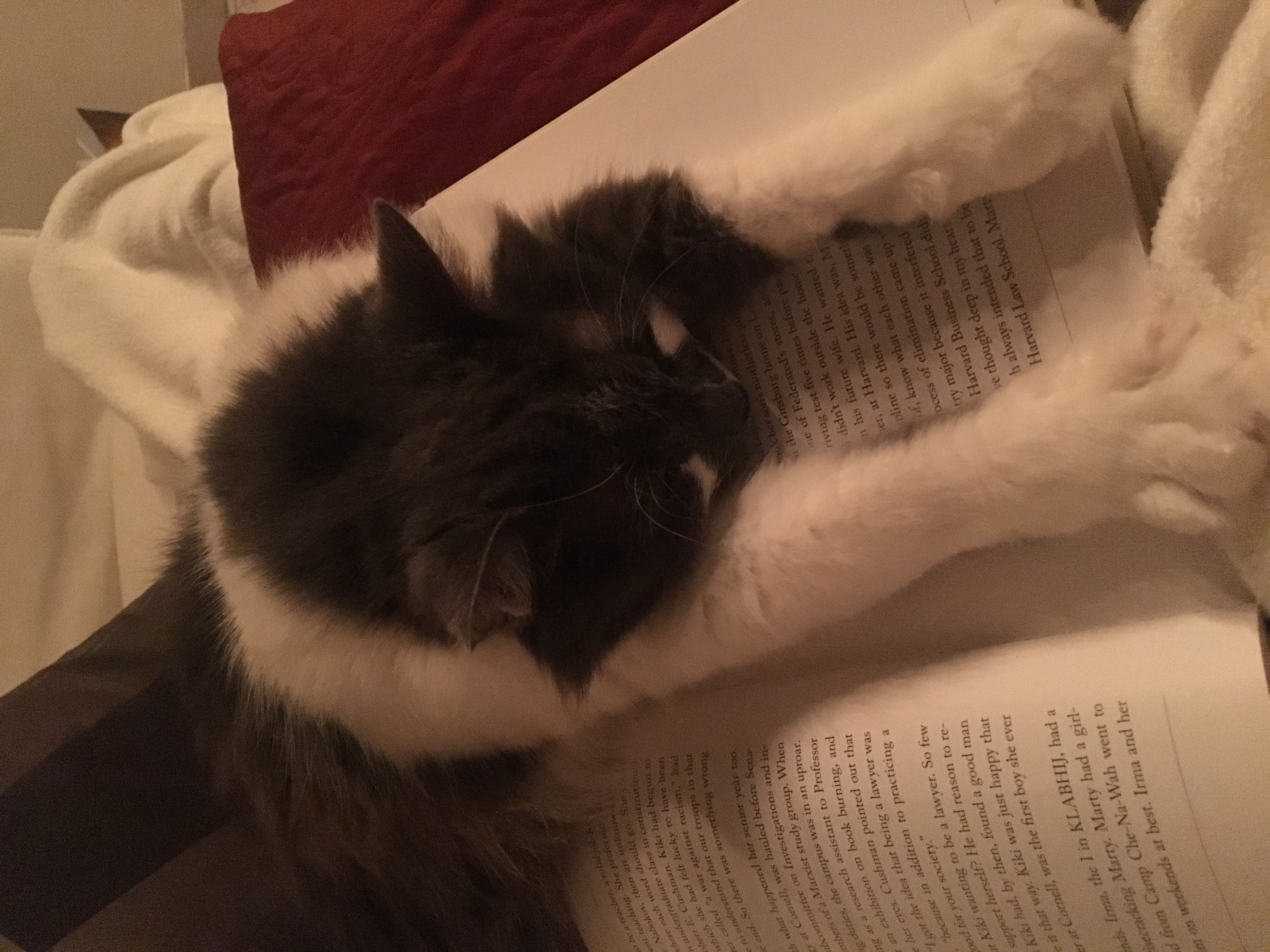 Jessica - the cat-loving, marathon runner with an extensive background in digital entertainment (like 20th Century Fox, FremantleMedia, and board member of Women in Media, to name drop a few) had met the young and energetic Kalle during their time working with Angry Birds. At the end of their time working together with the birds, she had told Kalle to call her when he landed whatever he is destined to, she would be happy to help him in any way and would work for him someday. At that time in history, the thought of Flowhaven was still quietly forming. So naturally, when the need for help came (fast forward back to our guys stuck in Los Angeles), Kalle called Jessica - and asked if they could crash on her couch. Housing Timo and Kalle was the first contribution Jessica made for Flowhaven (and cat sitting Lucca, the cat, was the first contribution Kalle and Timo made in return). When it was time to expand Flowhaven to the US, Jess was the natural choice to lead this vital part of the company and join the founding team as GM of Flowhaven Inc. 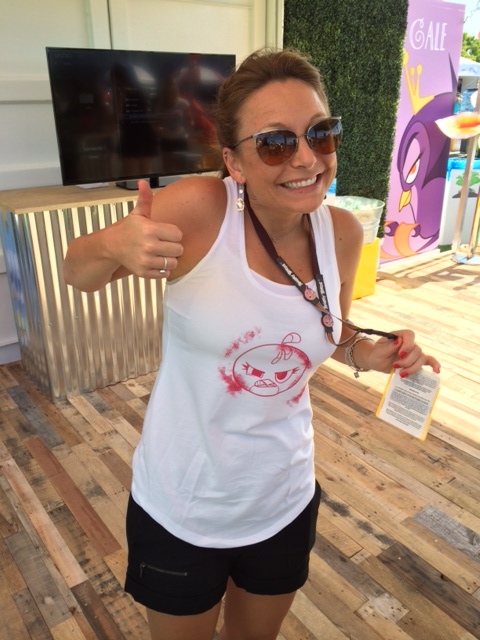 Just kidding! “The end” is not even close. This is just the beginning.

So where is Flowhaven - and it’s founders now?

First, the Flowhaven solution is so much more than just software, it is a true fan product, made with the sole purpose of easing the life of licensing experts - or as we like to say it; bringing magic back to the licensing industry by freeing time for the licensing experts to enjoy their work of making their brands come alive, and delight fans of all ages.

Flowhaven has offices in three different countries with a total of 41 employees. For the year 2021, we are expecting high growth in all current locations and Asia (hint hint check out our open positions!). The founders are setting clear examples of what kind of company culture is being built. Employee wellbeing, trust, creativity, and laughter are the main building blocks of Flowhaven and that is visible every day in our product, in our offices, online meetings, game evenings, and karaoke nights. As Jessica put it when asked the funniest moment from her Flowhaven history: “Honestly, you spend 15-minutes with Kalle, Timo, or Leo and you’ll be laughing… spend time with all three together and you’ll be doubled over in hysterics.'' 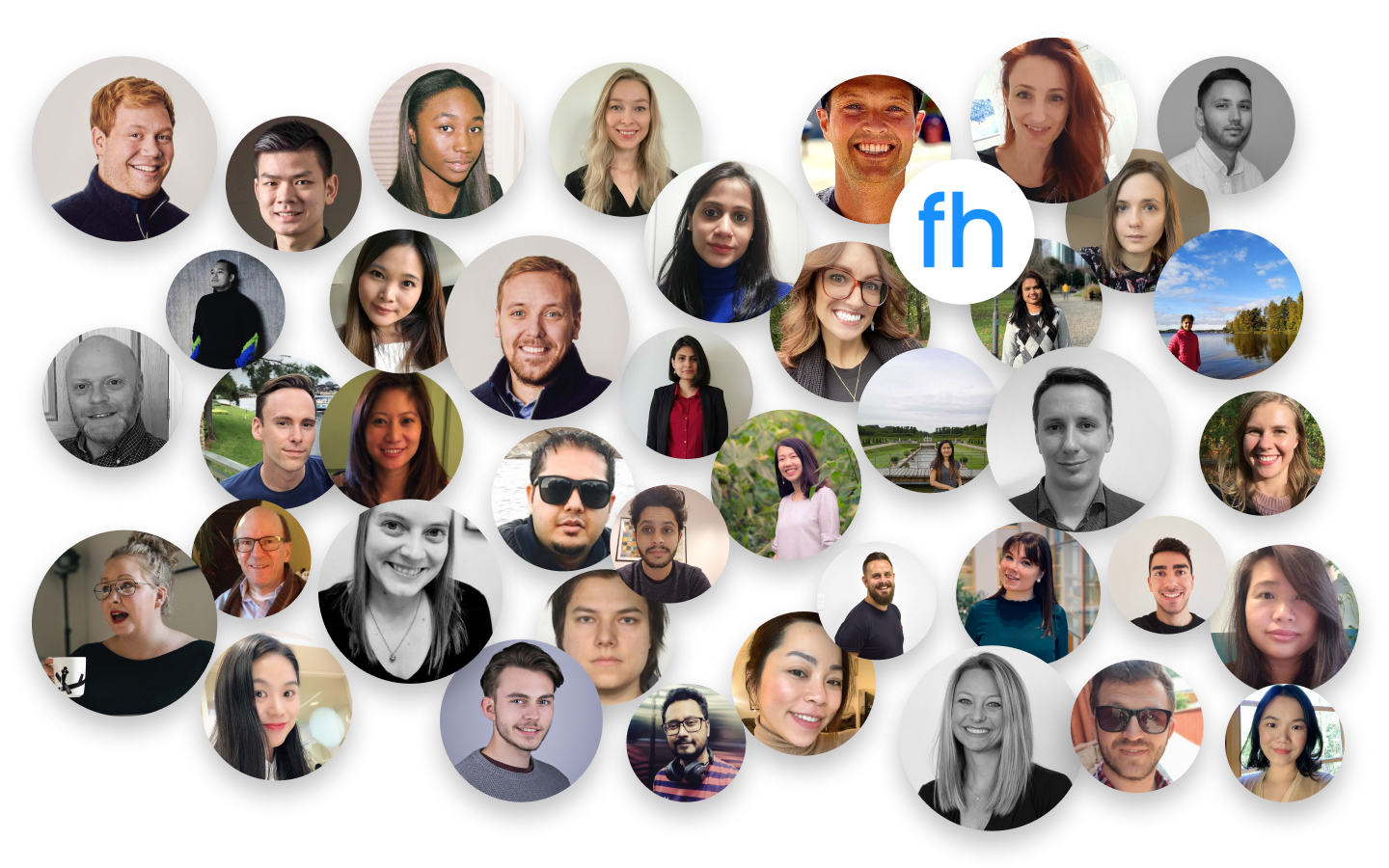 Flowhaven is a modern software solution that simplifies your workday and gets you to market faster. See what your licensing program has been missing